I talked to Erik Schreyer today about some of the research he did with his advisor Jason Cantarella, including his dissertation work (which he spoke about in the Geometry seminar last week) and a few other papers. 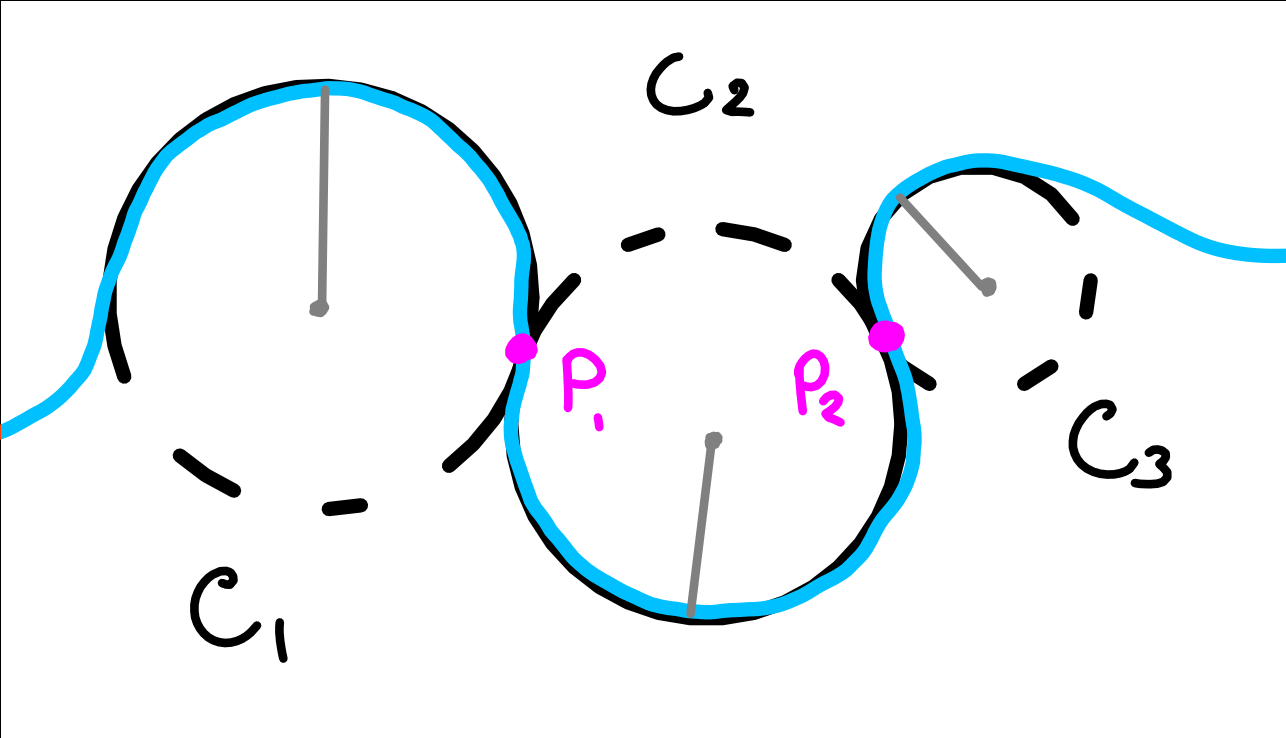 From what I understand, this involves fixing a curve (blue), choosing a collection of circles \(C_1, \cdots C_n\) (black) such that each \(C_i\) intersects \(C_{i+1}\) in at least one distinguished point \(p_i\) (pink). The curve traced out by following an arc on \(C_i\) and switching to circle \(C_{i+1}\) at \(p_i\) is intended to yield a good approximation to the original curve, with certain regularity conditions at the \(p_i\) (such as the first derivatives along both arcs agreeing at the point).

Erik’s work actually seems to go a bit farther – he has an algorithm (a curve-closing operator) that actually takes an open curve and produces a closed curve that is nearby in the \(C_1\) norm. He uses this to construct piecewise circular approximations that consist of circles of equal radii, along with some control over the \(C^1\) distance between the original curve and the approximation.

We also talked a bit about another problem Jason was working on, discussed in the following papers:

A SES isomorphic to a direct sum that does not split